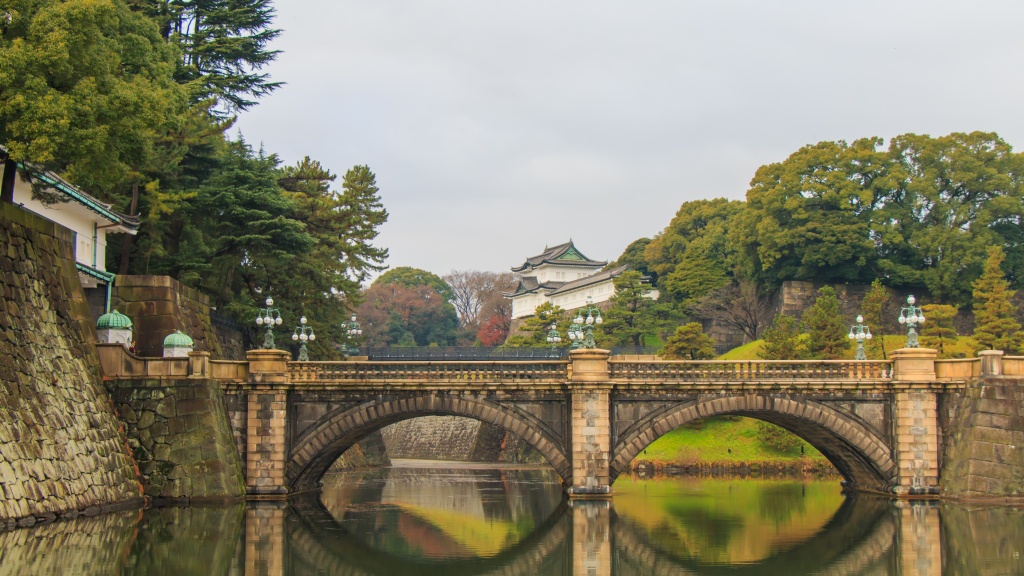 On Tuesday 30 April, Emperor Akihito (明仁) will be stepping down from the Chrysanthemum Throne making him the first Japanese Emperor to do so in nearly two hundred years. His abdication marks the end of the Heisei period (平成時代), and the ascension of Crown Prince Naruhito (皇太子徳仁親王) and the start of the Reiwa period (令和時代).

Here at Japan Centre, we’re excited to see what the new era will bring, but before we celebrate the start of Reiwa, let’s take a look at some fun facts about the current Emperor and the Japanese Imperial Family!

Emperor Akihito is the 125th monarch in a family line that stretches all the way back to Japan’s founding in 600 B.C. by Emperor Jimmu (神武天皇). His ascension is said to have occurred in 660 B.C. and legend has it, Jimmu had been a descendent of the sun Goddess, Amaterasu (天照), and of the storm God, Susanoo (須佐之男).

Upon passing away, modern Emperors are renamed after their ruling era meaning Akihito will be known as Heisei (translated peace everywhere). With Crown Prince Naruhito set to become the 126th Emperor in a long line of genealogy, he bears the weight of tradition on his shoulders. That said, he also has an empty path ahead of him to make the Reiwa period what he likes of it!

High-ranking families in Japan are given a crest to represent the household. For Japan’s Imperial Family, the crest is that of the chrysanthemum flower (菊) and has been a key image associated with the royal lineage for centuries. According to legend, the chrysanthemum came from a town where people lived to be more than 100 years old, all thanks to drinking water from a mountain spring surrounded by the flower. The true story being the flower was imported from China by travellers between the two nations.

The flower has become such an important symbol to the nation that Japanese passports bear the chrysanthemum seal, with the bona fide Chrysanthemum Throne (高御座) used for coronation ceremonies held in the Imperial Palace!

Emperor Akihito was the first ruler in the Imperial Family’s history to have been granted permission to marry someone outside of royal lineage. Until the 20th century, Emperors usually had a chief wife and several concubines. However in 1959, Akihito broke almost 1,500 years of tradition by falling in love and marrying with Michiko Shoda (美智子, now Empress Nagako).

Having first met each other while playing a tennis match, the Crown Prince Akihito fought for years to be granted permission to marry Michiko – finally being granted approval for their marriage in 1959. The almost fairy-tale nature of their love story has led to their meeting being dubbed the ‘tennis court romance’ and together they have three children and four grandchildren.

Few and far between

Throughout the entire history of the Japanese Imperial line, there have only been 8 Empresses. Seen to be merely intermediaries between male rulers, the female monarchs were not expected to grace the throne for as long as their male counterparts. Furthermore, Japan’s Imperial Household Law now mandates that only male heirs are able to inherit the Chrysanthemum Throne.

That said, one exception in this 125 person long line was Empress Genmei (元明天皇) – ruling from 707 to 715 A.D. Said to have been an author of some famous traditional Japanese poems, she was known to have a lyrical side that was recognised in various artistic collections.

With the rigidity surrounding succession laws within the Imperial Family, there had been discussion amongst the upper echelons of Japanese society to potentially allow a female to succeed the throne in 2005. However, after the birth of a son between Prince Akishino (秋篠宮文仁親王) and Princess Kiko (文仁親王妃紀子), the plans were promptly dropped meaning Crown Prince Naruhito’s daughter, Princess Aiko (愛子内親王), would no longer be considered for succession alongside her younger brother, Prince Hisahito (悠仁親王).

Since starting the modernisation of Japan during the Meiji period (明治時代) in 1869, the Japanese Imperial Family have had an acute interest in the sciences. Emperor Hirohito (裕仁) had a reportedly keen interest in marine biology to which he shared with his eldest son, Crown Prince Akihito.

A keen marine biologist himself, Emperor Akihito has a particular passion for ocean life and has published 38 scientific articles spanning several journals on the goby fish. His extensive research into the subject has also meant that he had a newly discovered goby fish named after him – the Exyrias Akihito!

His passion for marine wildlife even extends to his household life as he reportedly keeps part of the palace grounds in Tokyo (東京) wild to monitor the creatures he spots there.

As the Reiwa period begins on 1 May 2019, the coronation will mark the start of the numerous festivities leading up to Crown Prince Naruhito’s formal ascension. The enthronement ceremony is likely to be held on 22 October 2019 with a purported 2600 invitees in attendance.

Good news for those of you in Japan is that 1 May 2019 will also be a 1-day holiday included in Golden Week meaning you get a straight 10 days of bank holiday!

Toast to a period in passing and the start of a new era with Japan Centre!

To celebrate the end of the Heisei period, and the start of the Reiwa, we’ve got some regal deals on selected Gekkeikan sake (月桂冠日本酒)! Purveyors to the Japanese Imperial Family, Gekkeikan have a rich and illustrious sake-making history and their ties to the Chrysanthemum Throne make them the perfect toast partner for the end of an era.

Browse the range of great deals online and in-store today!