The third Monday in July is known as Umi no Hi, or Marine Dayin Japan, and is a chance to celebrate the wonders of the ocean and its importance in Japanese culture. As the first national holiday of the summer and marking the end of tsuyu (rainy season), Marine Day is a great opportunity for families to spend quality time together by taking a day trip to the beach, enjoying a firework display by the sea or indulging in some delicious seafood.

In 1941, Shozo Murata (Communications Minister at the time) designatedUmi no Hi as a day to commemorate the Meiji Emperor’s 1876 voyage around the Tohoku region in a huge ship called the Meiji Maru, landing in Yokohama on 20 July. Marine Day was originally celebrated on 20 July until it became a public holiday in 1996 and moved to the third Monday of the month. Eight years of restoration work was completed in 1988 and the Meiji Maru now serves as a museum ship at the Tokyo University of Marine Science and Technology.

Giving Thanks to the Ocean

As an archipelago, Japan’s identity, economy and culture is strongly connected to the ocean. Umi no Hi is a chance to raise awareness of the effects of pollution and climate change as well as a time for people to get environmentally friendly and do their part to try and improve the health of the sea.

Some seaside towns organise beach clean-up days, while others encourage residents to throw purifying balls of dried mud containing Effective Microorganisms (EM) into the ocean, to help get rid of contaminants on the sea bed. 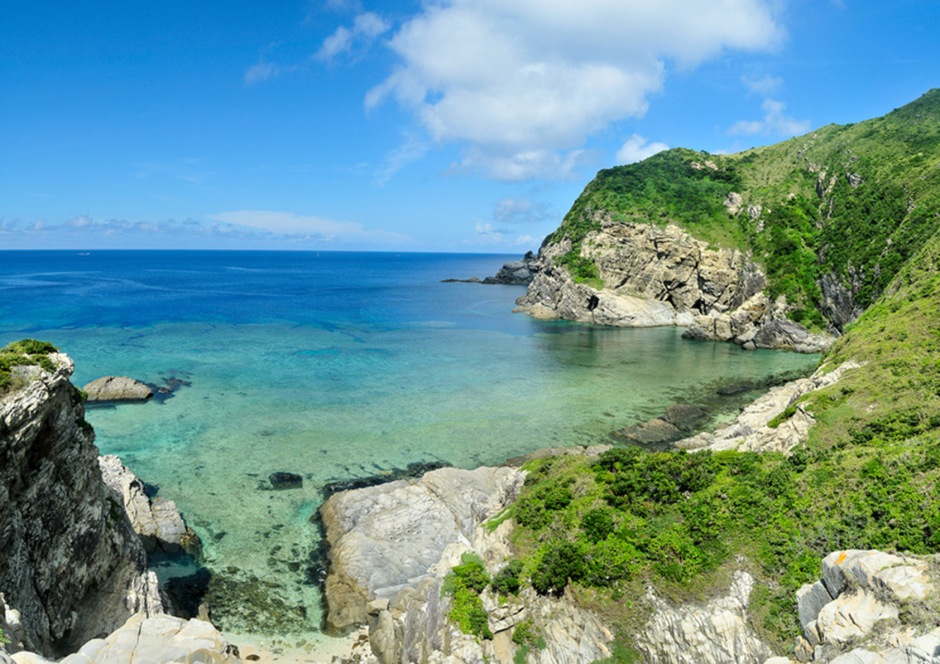 As a relatively new public holiday, Umi no Hi lacks the sort of ancient traditions that are connected to other celebratory days in Japan, instead Marine Day is often enjoyed by taking a trip to the beach. Falling at the end of rainy season and with temperatures and humidity rising, cooling off at the seaside is a great way for families to celebrate the start of summer season.

Japan has an abundance of beautiful beaches and vibrant seaside towns. If it’s white sand beaches and sparkling turquoise seas you’re after, then Okinawa and the Kerama Islands will be your destinations of choice – where warm waters and a laid back, tropical vibe awaits you. If the southern isles are a bit too far to travel, then take your pick from all the other lovely seaside resorts throughout Japan; from the golden sands and hot springs of Shirahama on the Izu Peninsula, to the bustling beach town of Momochihama Beach in Fukuoka.

Odaiba in Tokyo, with its man made beach and beautiful views of the Rainbow Bridge, is a good option if you want a beside-the-seaside atmosphere but don’t fancy a long journey out of the city. When darkness falls, visitors can marvel at the 50,000 lanterns placed along the shoreline for the evening Lantern Festival celebrations.

As the last port of call on Emperor Meiji’s 1876 voyage, Yokohama celebrates Marine Day in style with a two day Sparkling Twilightevent. Held over the weekend before Umi no Hi, the event features ships decorated with lights, marine rescue demonstrations, colourful parades of ships and floats and firework displays over the ocean.

If the weather isn’t in your favour, then a trip to one of Japan’s sea life centres is a great indoor alternative. The spectacular Churaumi Aquarium in Okinawa is the largest sea life centre in the world, showcasing a huge range of species and also serving as a marine study centre.

The Kaiyukan Aquarium in Osaka may be a little more accessible if you’re staying in Tokyo or Kyoto, and its resident whale shark and huge central water tank running from floor to ceiling are two of its main draws. 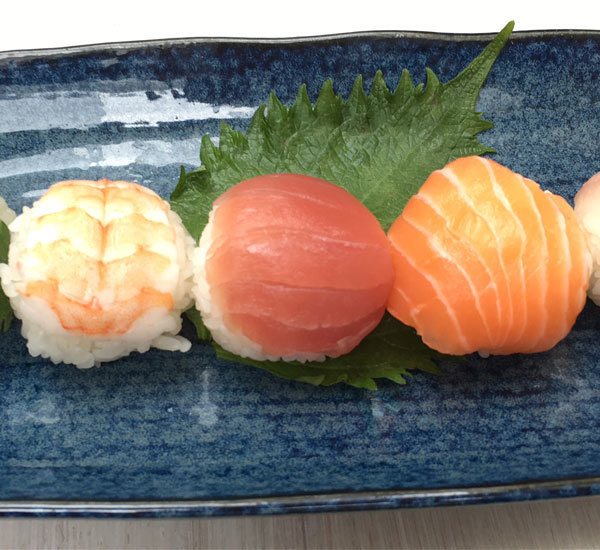 Japan is world renowned for its delicious seafood, and each region has its own specialities. Hokkaido in the north is well known for its delicious crab, sea urchins and squid, whilst Okinawa in the south has some of the largest tuna hauls in Japan. Whether you want to shop at a fresh fish market, sample sushi at a conveyor belt restaurant, or dine on exquisite seafood in Michelin starred restaurants, Japan has an option to suit all budgets.

Tokyo’s Tsukiji fish market is the largest fish market in the world and a tourist attraction in its own right. Get there at the crack of dawn to experience the hustle and bustle of morning trade, and sample tasty, fresh, affordable seafood.

Take the opportunity to celebrate Umi no Hi at home by preparing a fish or seafood feast, from unagi don grilled eel rice bowls and Kyoto style temari sushi to light summery options such as this tuna poke bowl or seafood noodle salad.

Head to our Panton Street store or shop online for ingredients or browse our wide range of fish recipes for inspiration.