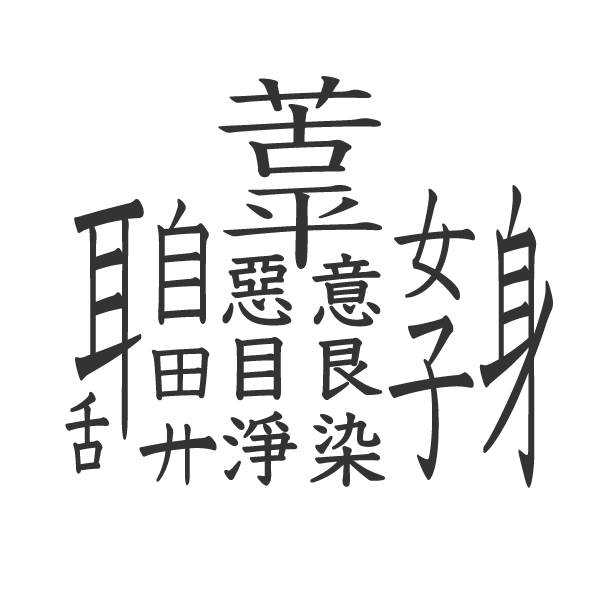 Learning to read and write in a new language is difficult, let alone Japanese which has three alphabets and over 2000 kanji characters that need to be memorised. However, it’s important to know that while Japanese may, at times, prove to be challenging; it is still an exciting and unique language that is incredibly fun to learn. As you delve deeper into the language, you may start to wonder what the most difficult kanji are. If you don’t already know, kanji (漢字) are Chinese characters that are used in the modern Japanese writing system alongside hiragana and katakana.

We’ve ranked the top 5 notoriously difficult Japanese kanji around. Their level of difficulty is determined by the number of strokes it takes to write them. If you want to become proficient in writing Japanese then you’ll need to learn how to write kanji using the right stroke order. The right stroke order is top to bottom then left to right.

Before we go any further, you should know that kanji that are made up of the same character 2, 3 or 4 times are referred to as rigiji (理義字). This is important to note as the meaning of a single kanji character can change when it is replicated or combined with another. Test yourself and see just how long it’ll take you to memorise the following kanji. Don’t forget to let us know, in the comments, how many of the kanji listed you already knew.

This kanji is perhaps one of the most interesting on the list, as according to many Japanese dictionaries, it has no meaning. It is a rigiji character which is made up of the kanji for ‘interested’ 興 four times. Many have tried to deduce the meaning as ‘deeply interested’ but there is no concrete and verified definition. ‘Sei’ also has 64 strokes meaning it ranks highly on the list of Japanese characters with many strokes. 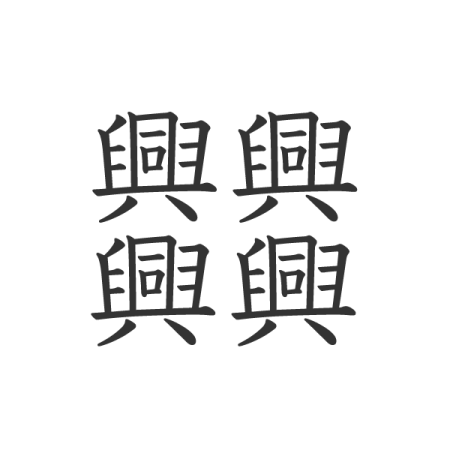 This next Kanji is special to us for a reason we’ll explain in just a moment. This kanji is another rigiji character which is made up of three kanji. The kanji in question is 龍 which means ‘dragon.’ When placed together, this character means ‘moving dragon and has 48 strokes.

The kanji for ‘dragon’ is the same one we chose for our tonkotsu ramen restaurant Shoryu. When placed with the kanji 昇 which means ‘rising,’ Shoryu (昇龍) then translates to ‘rising dragon.’

The next kanji uses 龍 (dragon) again. This time, the character is replicated four times and has 64 strokes. The meaning also changes to one of ‘a person of many words’ or a chatty person. 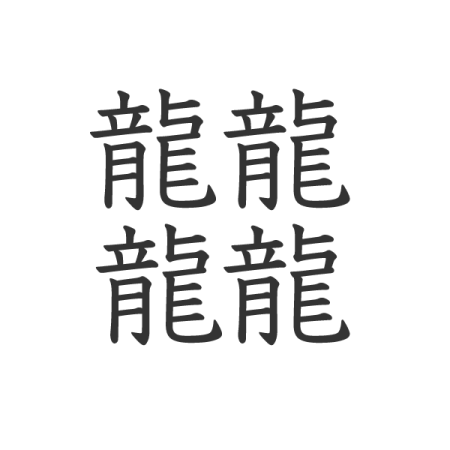 Taking it to another level is our next character which is consists of 6 different kanji. It has 84 strokes and can refer to a person’s title. It is also only ever seen in a person’s surname. It is made up of 雲 which means ‘cloud’ and 龍 ‘dragon. 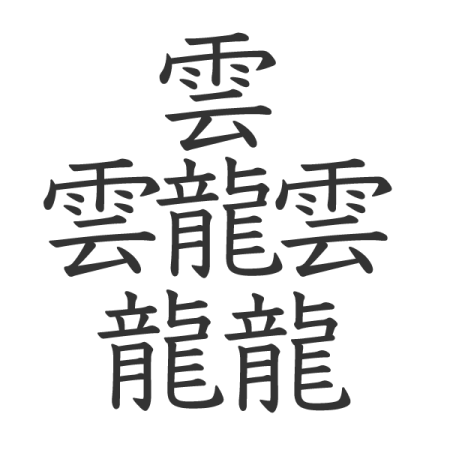 The last character is the hardest on the list and is made up of a whopping 108 strokes. In Buddhism, bonnō are mental states that may cloud the mind and potentially manifest into detrimental actions. Japanese Buddhists believe there are 108 bonnō and as such, they are represented by the number of strokes in the kanji – 108. In modern society, bonnō is written as 煩悩 which can be loosely translated into ‘what bothers the mind.’ 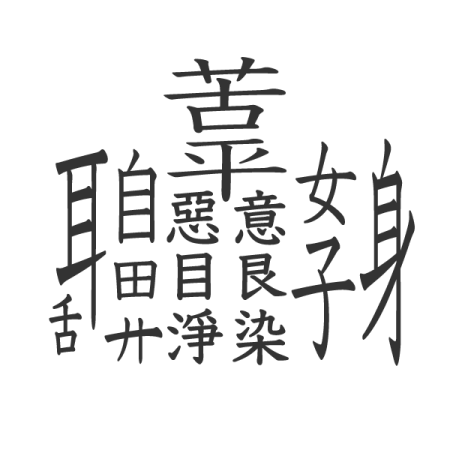 It is highly unlikely that you will ever have to learn these kanji, but they may be able to provide you with some motivation during a long night of studying. It could be worse! Browse our in-store and online books catalogue for Japanese language learning books and other educational materials.