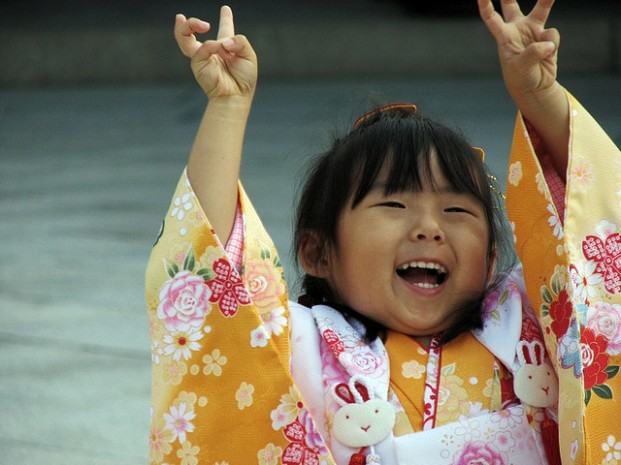 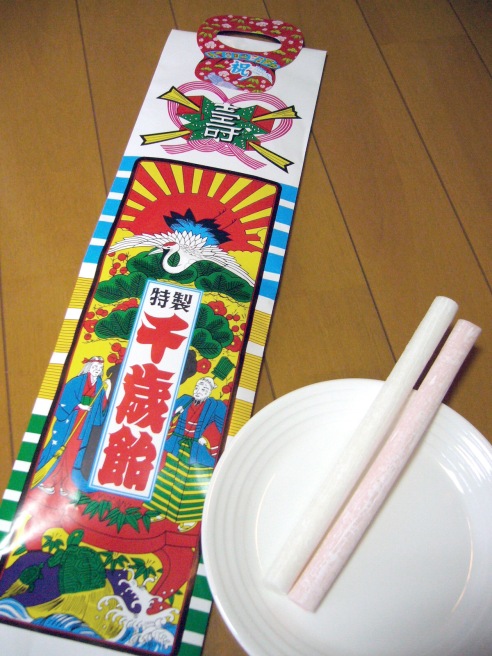 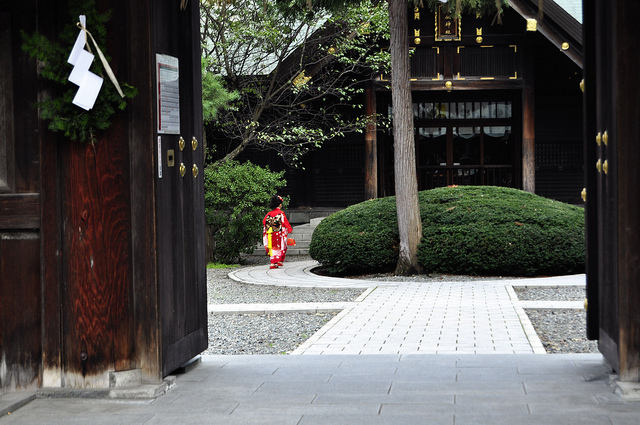 The calendar in Japan is brimming with colourful cultural occasions. One that’s particularly special is Shichi-Go-San, the festival on the 15th of November that serves as a rite of passage for kids all over Japan. Join Japan Centre as we look further into  this charming event.

Shichi-Go-San means “Seven-Five-Three,” and is one of the most auspicious occasions for Japanese families. It’s a time to celebrate boys at the age of three and five and girls at the age of three and seven. How do they celebrate? By wearing traditional dress and looking ridiculously kawaii (cute) of course! Families also pay a visit to the local Shinto shrine and make a prayer for long life and good health.

What is the history of Shichi-Go-San?

Originally, this celebration was reserved only for the highest members of the Japanese elite. We’re talking very posh indeed- aristocratic families and the revered Samurai. These nobles, in a time where infant mortality was far higher, celebrated the growth of their children and prayed for future fortune. It is said that these specific ages were celebrated because odd numbers were considered to be auspicious. By the time the Edo period came along, every Tom, Dick and Harry (or should we say Toru, Daisuke and Haruto) was getting involved. The ceremony is now widely followed by families throughout the Japanese archipelago.

Traditionally, Japanese kids had their hair shaved short until the age of three . Shichi-Go-San ceremonies were the first times these nippers were allowed to begin growing their flowing locks, although these days this is no longer practiced. It’s a shame really, we’d like to see a nation of skinhead toddlers!

Nowadays, there is a great emphasis on taking pictures of Shichi-Go-San celebrations. Proud parents whip out their snazziest cameras in an effort to snap the perfect, immortal image of their son and daughter in traditional dress. Girls aged three and seven both dress in kimono, with the latter group wearing the obi (the traditional, elegant sash) for the first time. The boys meanwhile, wear hakama- traditional legwear- for the first time in their lives. More recently though, some families have opted to dress their young ones in western style dresses and suits. Whilst modernity has crept in, traditional values ensue. Kids still attend a prayer ceremony undertaken by a Shinto priest.

A day for kids wouldn’t be complete without some kind of sweeties. And as it’s a posh occasion, it’s a posh treat they get. Called chitose-ame, these stick shaped candies are carried by the kids in a bag emblazoned with a crane or a turtle, as these critters are known for their inordinately long lives. The children receive this gift after a ceremony at the local Shinto shrine. In some instances, sacred rice is also given, which is then incorporated in the evening meal.

Looking for great gifts for kids? Look no further than Japan Centre. We’ve some adorable goodies that could be just perfect for Christmas, check them out here.

Thanks to Stephen Taylor at Vine for the shichi go san video.

Thanks to prika-makiri at flickr for the shichi go san temple image.

Thanks to Jenni Fuchs at flickr for the lovin’ life image

Thanks to dutch_sushi at flickr for the modern look suit image