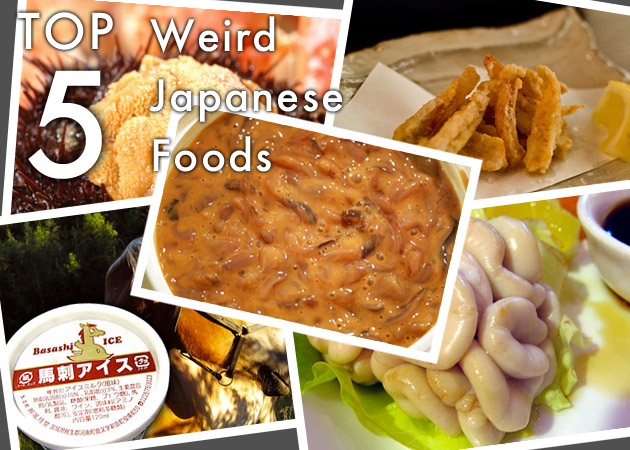 Bizarre, disgusting, gross, an ‘acquired taste’… all completely valid ways to describe some of these Japanese delicacies, but ‘weird’ is definitely one suitable word that comes to mind! Being British and coming from a country that is internationally recognised as having rather bland cuisine, this Japanese food can certainly seem a little intense for my taste. Of course, that’s not to say that they aren’t delicious, just… different!

Read on to find out what we at Japan Centre think are the top 5 weirdest Japanese food! 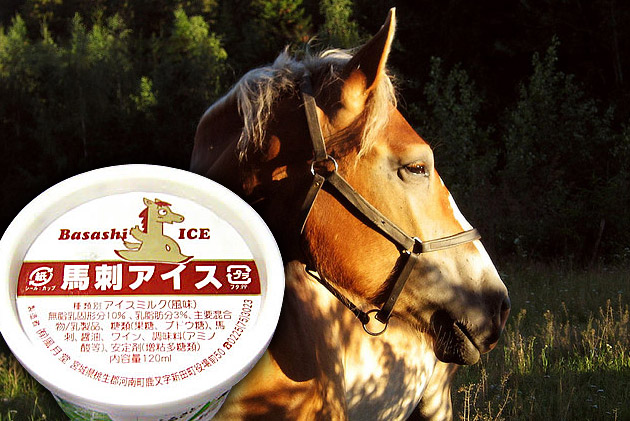 We’re going backwards and starting this list with a dessert. You may have heard of basashi before, sashimi made from raw horse meat! While although basashi is somewhat bizarre at the best of times, one plucky Japanese ice cream maker decided that his ice creams flavours were missing a certain… something.

“Ah-ha” he exclaimed, raw horse meat flavoured ice cream is surely what everyone really wants, but they just don’t know it yet. And so, basashi ice was born. I think it is unlikely that you will ever find such a weird tasting ice cream anywhere else, so better head to Japan if you fancy a taste! 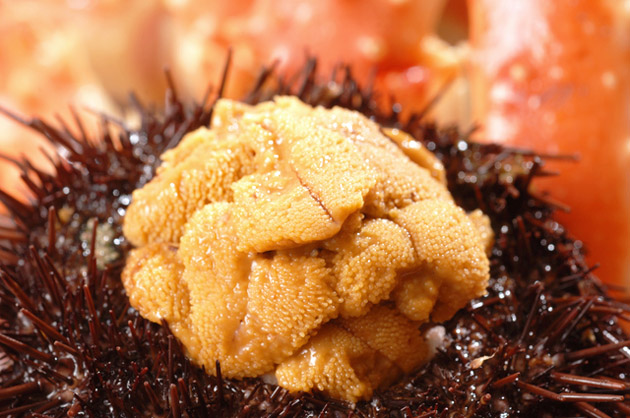 Uni is actually a rather common sushi filling, both in Japan and also in Japanese restaurants around the world. It seems innocent enough until you consider where it actually came from. Uni is the roe from sea urchins that live in small nooks and crannies on rocky ocean floors and are covered in spikes to protect them from predators.

So once upon a time, a diver fished something from the bottom of the sea, broke off all the spikes, managed to rip the the sea urchin in half, then scoop out the raw eggs from inside and eat them! Certainly a weird food for me, but going by the number of uni flavoured rice crackers you can buy, presumably not so weird in Japan! 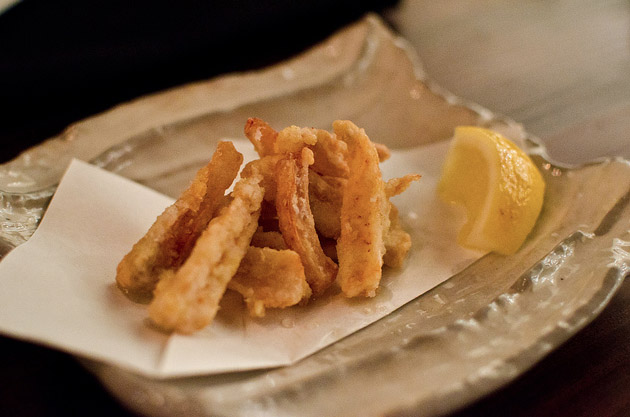 I first had nankotsu when I was living in Japan and went out to eat at a local izakaya bar. A friend had placed the order so I wasn’t sure what was going to be arriving, but they had assured me that everything would be delicious. A bowl of what looked like popcorn chicken was bought to the table, so I grabbed a piece and popped it in my mouth.

Instead of the soft chicken that I was expecting, there was a rather audible ‘crunch’ and I began to wonder why I appeared to be eating a deep fried stone. Thinking that my piece must have had some bone in it, I looked around the table and noticed that everyone else was crunching away on what I later found out to be nankotsu, the Japanese name for chicken bone cartilage. 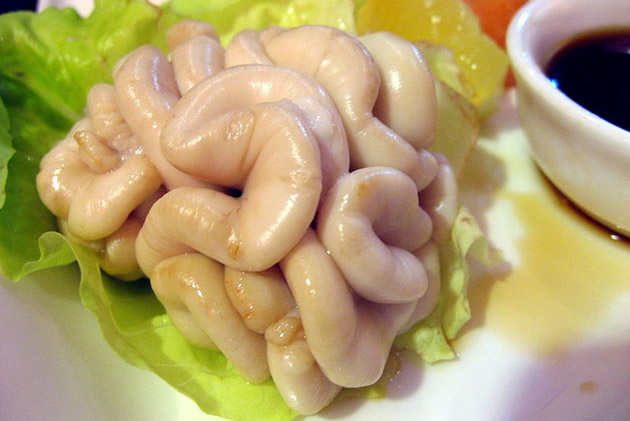 It is common in Japanese cuisine, and indeed in other cuisines to enjoy the rich taste of fish roe. Fish eggs come in all shapes and sizes, from small black caviar to the larger orange coloured ikura salmon roe that is popular in Japanese food. But what about the other side… the male version?

Shirako literally means ‘white child’ and is the Japanese name for male fish sperm! This is a serious delicacy in Japan and is served in its natural state inside a thin membrane, often with sushi. The texture is said to be “soft and creamy”, with an acquired taste and presumably a little bit salty! 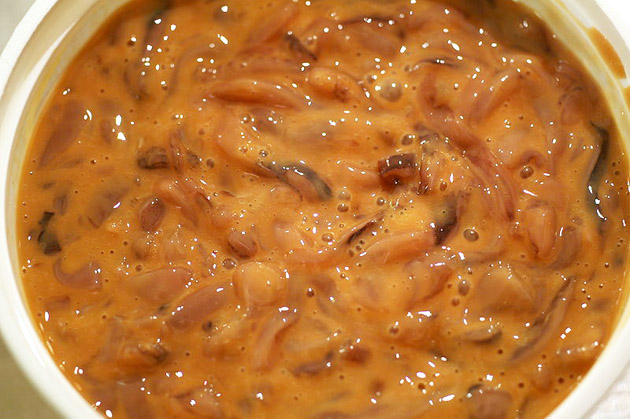 Shiokara is a strong contender for the weirdest, most disgusting sounding dish in any cuisine in the whole universe! Made from salted and fermented fish guts, usually from squid, shiokara has a seriously intense flavour and smell. It is so pungent that even many Japanese people consider it too hardcore! Although a quick ask round the office proved that 50% of Japanese people are quite partial to this tasty treat!

Shiokara is often served at Japanese drinking and snack bars called izakaya, where it is often washed down with a healthy slurp of sake or shochu! If you are interested in trying  it, you might have to be prepared to go directly to Japan to find this delicacy!

• Habushu – Awamori sake from Okinawa with a viper snake in the bottle.
• Inago – Grasshoppers fried in a sweet soy sauce.
• Natto – Fermented soy beans that are stringy and sticky.

What do you think of these delicious looking dishes? Which one of these sounds the most appealing to you? Have you even tried any of these before? If you have any better suggestions for the weirdest Japanese food, let us know in the comments!

If you need some eye bleach to remove the nightmare of these delicacies from your thoughts, have a look at this fluffy Japanese Totoro toy and soothe your mind! 🙂